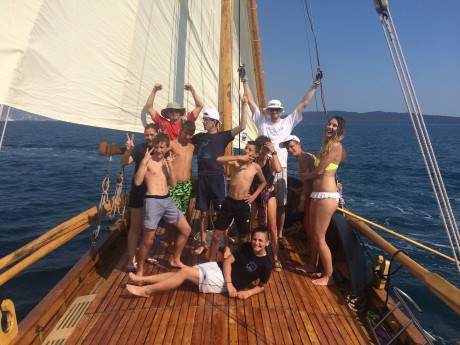 Part II Kastela to Brač: Fun in the Sun

“This is the best place in the world” I heard them say. We were somewhere in the Brački Kanal and headed out after swimming. Actually this is a very common thing for a Dalmatian to say. Especially the older folks can be heard saying this or another expression, “Ko može platiti?,” who will pay for this. This is often accompanied with a deep sentimental sigh.

I believe this is true and this year was evidence of that. We all know this feeling when the weather just seems to be on your side. The wind and the sun are you friends and sea gives way to warmer and more idyllic sensations with each passing mile.

Being Irish, I know we also have a similar expression. “May the road rise to meet you and the wind be always at your back.” How can this be, I thought, fair wind and following seas, each day was like a gift. It seemed like after many years of challenging weather, this time had culminated in a resounding yes from the powers that be, and we were granted smooth sailing through the islands.

I don’t often compare, or at least try not to but the difference between this year and last was like night and day. On the boat for ten days, the rain came 8 nights in a row last year with wind and challenging conditions for the students. This year, each day was like a page in the training manual with ideal conditions. The weather gave us what we needed. Students got a chance to be in control in calm conditions and each day an increasing bit of intensity helped them master work with the lines till they could bring the 46 foot lanteena up and down, set and jibe without any problem. 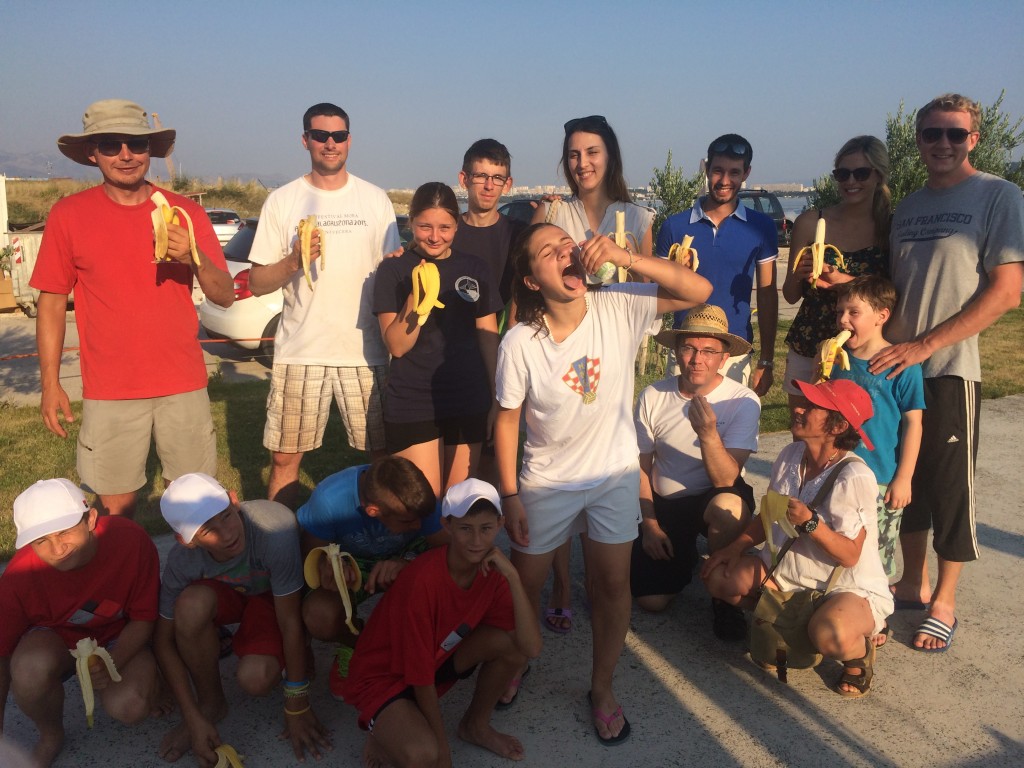 After the myself and the crew brought the boat up to split from Dubrovnik, we met the students at marina Kaštela. The new crew hoped on board. There was on challenge that was different from the previous year and that was the heat. It was that sort of summer scorch that made you run as the pads of your feet burned on the sidewalk. Even the deck was hard to stand.

When the students arrived, we had all these activities planed name games, rope chase, knots and so on but after five minutes in the still marina, we decided to head out for a swim. You see that is one problem that is easily solved in the summer with a jump off the boat.

We headed out of the marina, with Ognjen at the helm. Ognjen was on the trip last year, and it seemed like we left off almost as we had not taken a break. Last year I had taught him hand signals for changing course and we navigated the marina slipways with out even a word. Actually, the only word that was spoken was when he walked up to take the helm, Moze?, can I? For us this would set the tome for the trip. 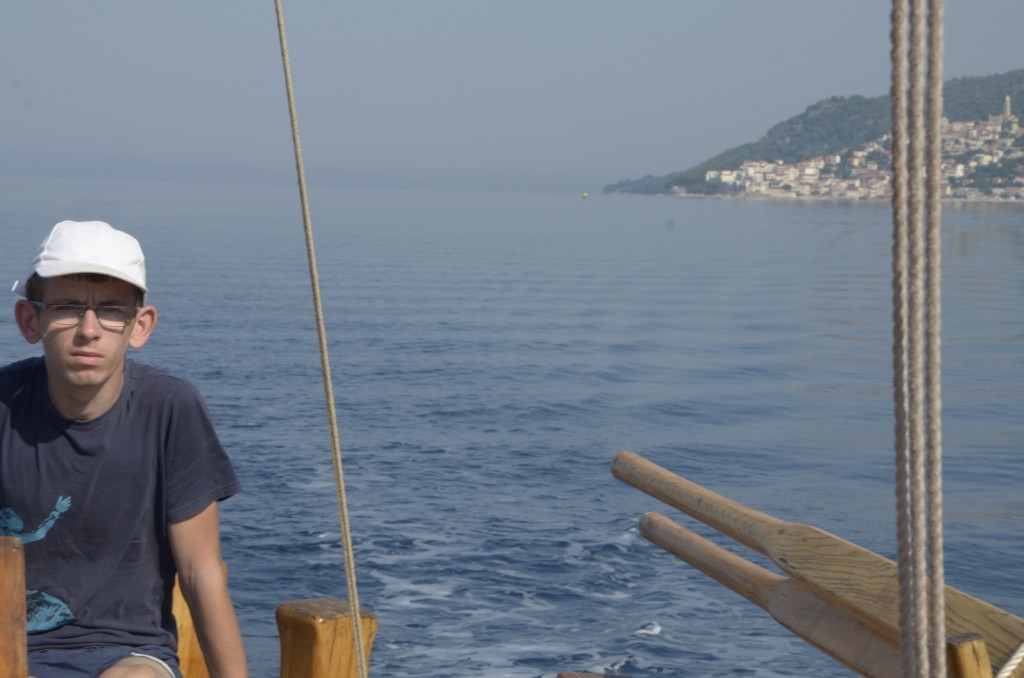 We anchored in front of the children’s home and all the other students swam out to the boat. The boat then became the new swimming platform, with jumping contests and races to the shore. It was a refreshing swim in more ways than one.

We managed to get some activities spread in and out through the day. And in the end, when we arrived back at the marina, we accomplished all our goals including planning the meals for the week. It just goes to show that sometimes you must let go of schedules in order to be on time.