The traditional wooden Adriatic boats were roughly between 7 and 20 m long (21 – 60 ft), and were rigged with typical latin sails and mast. They were almost entirely made out of wood grown in the coastal forests of Adriatic sea. 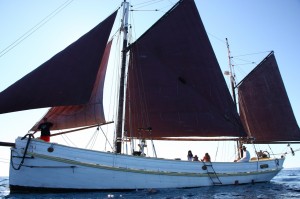 A traditional Danish trawler, built in 1929, had a long and rich history, until she finally found her place among the Adriatic islands, where she serves now as the only traditionally rigged wooden ship in Croatia. This will be the boat to carry the children on their Watermelon Voyage. 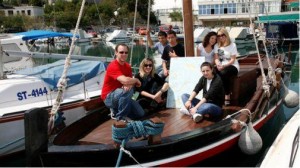 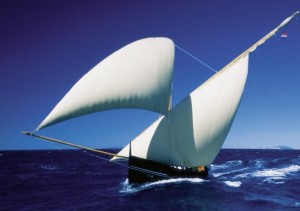 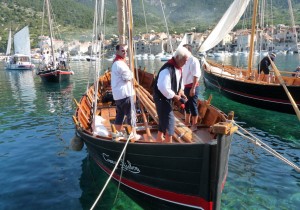 Falkusa could be one of the most famous boats in Adriatic, Gajeta Falkusas were used for fishing in the offshore islands of Palagruza. They were built very light and very fast to traverse long distances to off-shore islands. Recently there has been a resurgence in appreciation for the fast seaworthy craft with the fisherman’s race Rota Palagruzona. Presently, there are two replicas that make this journey Komiza- Lisboa, built in 1992 for the World Expo in Lisbon and Mikula, built more recently. Now there are two more vessels currently under construction.