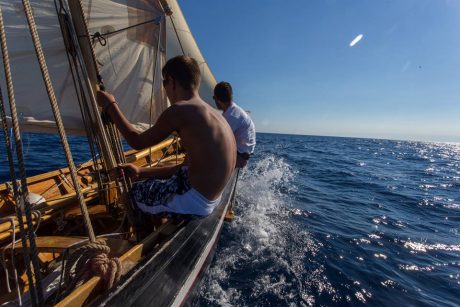 My friend Crni, which means black in Croatian, and I were on the ferry to a small island called Drvenik Mali. It was in the wintertime and the islands were pretty much deserted. On the ferry was a small assortment of locals and delivery drivers heading out to the island on the afternoon run. Our plan was to look at an old boat built in 1924. It was one the few left from the town of Komiža, on the island Vis, one of the furthest outposts in the Archipelago.

Komiža is home to the famed fishermen and sailors who earned their name from fishing in the seas around the islands of Palagruza. During the season these sailors would sail out and race to a small-unprotected bay where they would set up camp to fish for sardines around the rocky outcrops. The fastest boats got the best spots on the beach. As part of this tradition, the fisherman’s races helped the fishermen to create fast seaworthy hulls that could make the 42 mile long open water voyage with speed and efficiency. 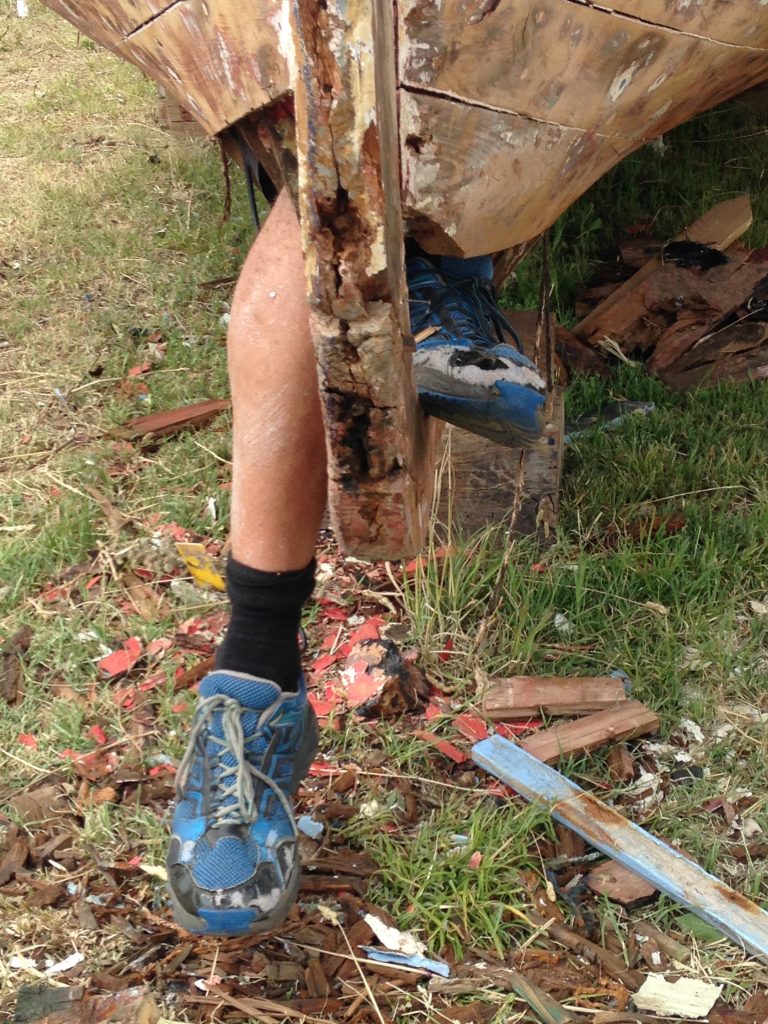 Historically, the race to the islands was run until right around the time this boat was built. Vinka was her name, a bit smaller than the other Gajeta Falkušas which were common up 30 feet, Vinka comes in at 24. While not as big as the others of this type vessel of the same type, her lineage as a Komižan fishing vessel places her squarely in the frame of the time and place that these boats were build, sailed and raced. This was evident when we first laid eyes on her. Crni and I had sailed for several years on Falkusa’s with the captains from Komiža and today was the first time I had seen one in person. A real Komiški Gajeta, floating in the harbor in Drvenik more than 60 miles from where she originated. As if she had been hidden under her retrofitted oversized cabin for more than 40 years.

The reason why there have not been so many of these boats preserved can be traced to a particular tradition of the inhabitants of Komiža. Each Year for the Feast of St. Nikola, the patron saint of sailors and fishermen, the people of Komiža burn a boat. Over the past centuries, hundreds of the Gajeta type boats had been sacrificed at the steps of the church as an offering to protect those who spend their lives going to sea. 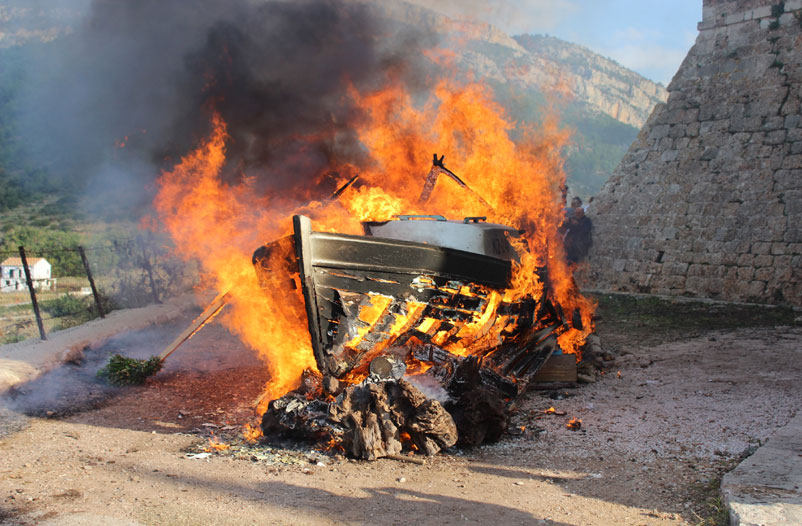 As we stepped aboard, I saw instantly the notation of the early builders the keelson that had a carved mast step where the rig used to be placed. Here was the first clue it was authentic. The papers verified that the boat was from the town of Komiža and was moored in bay of Porat on the west side of Bisevo.

We made arrangements to buy the boat and commenced plans for the restoration the following summer. Our Organization Adriatic Maritime Institute works with children from youth homes around Croatia using traditional boats as a platform for youth development. Months later, we brought the boat of Kastela near split and worked with kids from the Maestral Home to do the reconstruction. Inka Petersen from Sausalito led the team on the reconstruction with myself, the students, and several volunteers rebuilt the stem, replaced several planks and finished the final touches of the boat. 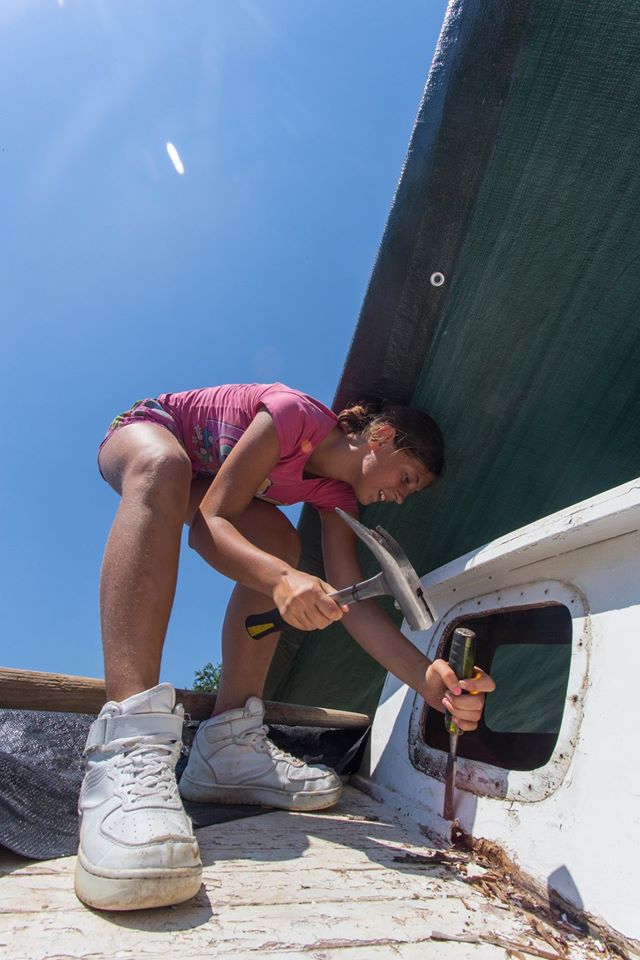 As part of the program we took the student to Komiža to sail on one of the replicas that have been made over the last 20 years and now compete in an annual regatta out to the remote Palagruza. The trip was amazing and spanned several days where we visited Porat on Bisevo, slept on idyllic beaches and lived as the fisherman had done centuries before. 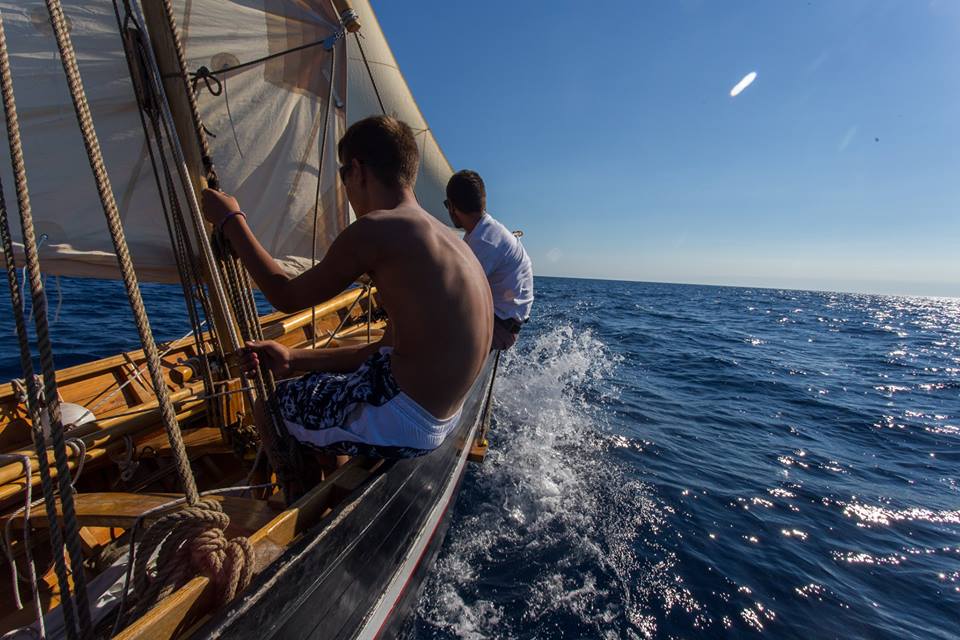 In the coming week we will to launch the boat as an offering on the solstice. While this historic vessel has escaped the fire on Komiža, its return to the water marks the beginning of a new age of sail for Vinka for the students of Maestral and for all who will sail on her. It makes me sad to think that I will not spend this year on the race with Crni and the crew from the Gajetas, but happy to be here on the launch with the kids planning and prepping for races for the years to come 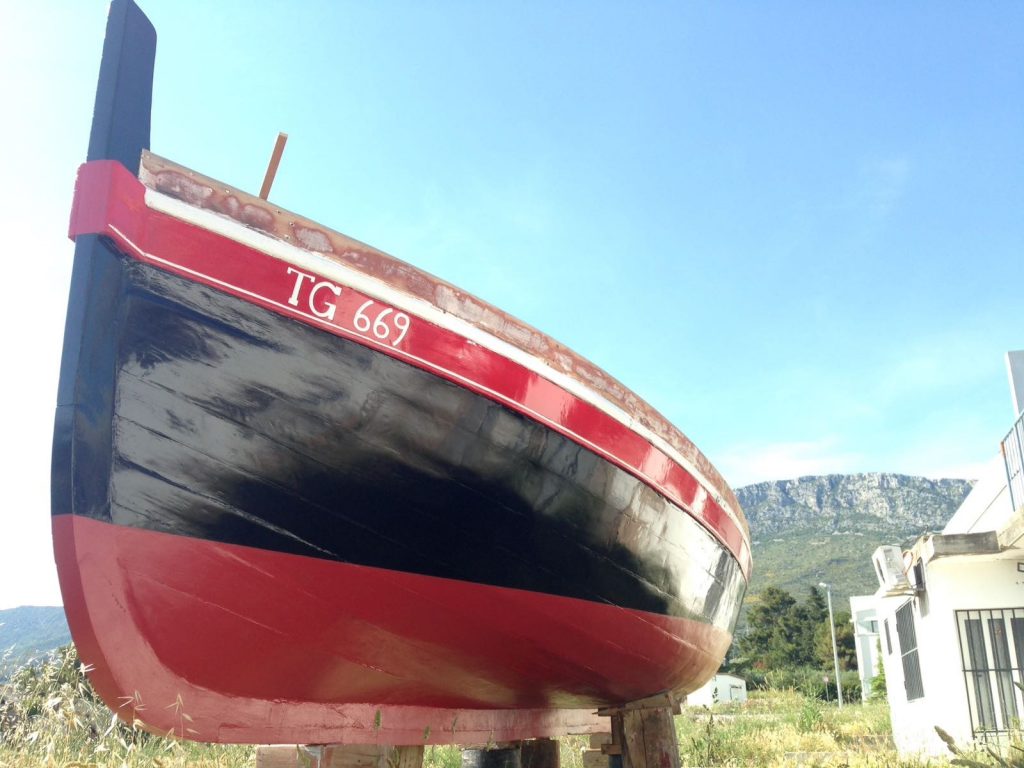