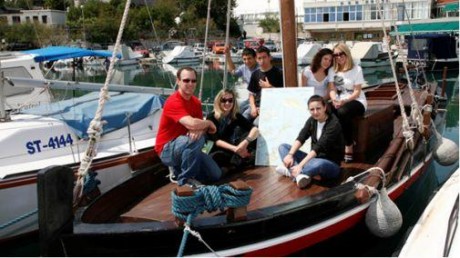 I struggled with this idea at first, of how to write the blog , should I just write about the voyage, or should it be a travel piece and an expose on Croatia. What I most want is to tell a story, so thats what I have decided to do. This story will be of the Watermelon Voyage. In order to best describe this, I will need to go back a few years and relate my first experience sailing with the kids from Maestral.

In 2010, I worked with Professor Josko Bozanic, Outward Bound Croatia, Spliska Banka, and the Slobodna Dalmacija newspaper to plan a trip with students for Maestral to participate in the race to Palagruza. Some people have heard this story before, about the race that had not been run in 85 years and how we, a crew from the home, on a boat built in 1885, managed to sail this route. It was spectacular! The race was 5 days long and started in the island Hvar and sailed to the outermost island on the adriatic, Palagruza. The regatta tested all the students skill and perseverance, from seasickness to fatigue with long nights planning and long days keeping the good Slobodna Dalmacija together.

Highlights; We won the second leg Vis~Komiza in the Leut Class after rowing for 5 hours and oars that are 5 meters long in confused seas off the north coast of Vis. There are many stories to tell about this trip with the students of Maestral that would take several pages of text but one thing’s for sure, the trip was a success! For me it was a learning experience, American captain, Croatian boat and all the intricacies of the lateen rig, in high winds and brutal seas, but most importantly the friendships and the bonds that were made because of this trip. I learned a lot from this crew as they did from me. I know the students who came on this voyage will remember it for the rest of their lives.

Palagruza is sort of this mythical kind of place, where if you know someone who has been there it adds an air of mystery and makes you wonder why or how they ended up on a rock closer to Italy than to Croatia. It is the truest form of the word “place” in the deeper sense that can be ascribed to a given set of coordinates. The scholar Yi-Fu Tuan who helped define the idea of place states,

Place is a center of meaning constructed by experience. Place is known not only through the eyes and mind but also through the more passive and direct modes of experience, which resist objectification. To know a place fully means both to understand it in an abstract way and to know it as one person knows another. At a high theoretical level, places are points in a spatial system. At the opposite extreme, they are strong visceral feeling. (Tuan 152,1975)

The idea of place as an area with deep meaning is easy to understand when we think of the word “home.” It comes with much more than just four walls and a roof. This word has emotion and ties to form and memory not only personal memory but of all those who have come before. Like home, Palagruza is steeped with history as rugged as its cliffs and imposing profile. For me and the students, Palagruza stands not only for the hundreds of year of history, geography, weather, life and lore but also for the experience of the regatta. For the students, this “place” came with so much triumph that it created new identity though the endeavour. Five days on the boat turned in to changes in attitude, posture, and being. Now, when I think of Palagruza I feel that as a part of me, and I know the students do as well. 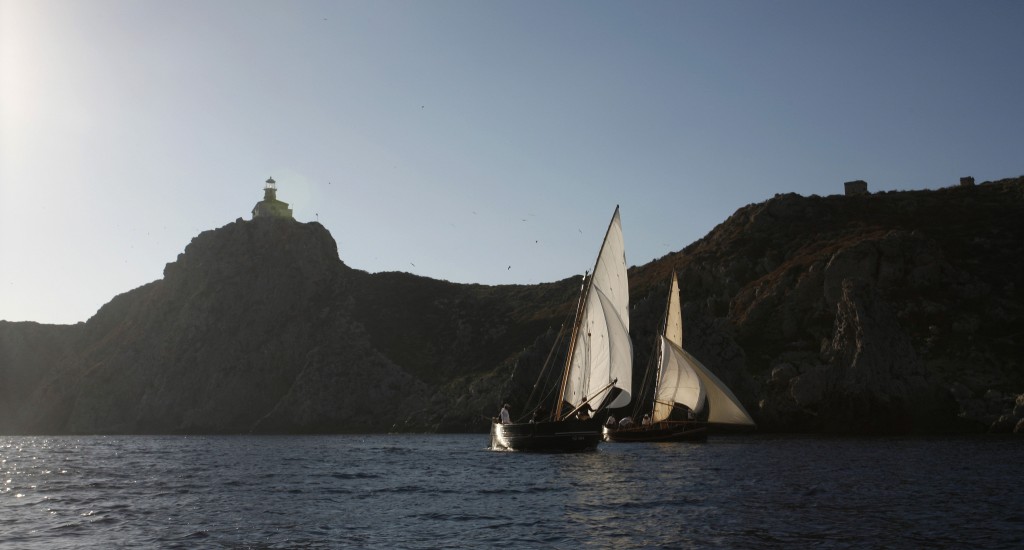 At the end of the summer, all the students who participated in the race and the program went to the Harbor Master, and tested and received Captains licences. The best part was the student drove their boat Slobodna Dalmacija to the office to take the test. it was a great ending for them to take licences home. I have continued to work with the Maestral for the past several years. Summer 2011, we went sailing again, but this time on the famed falkusa Komiza-Lisboa built in ’92 for the world expo in Lisbon. The students camped in Komiza and learned how to sail the big rig of the falkusa and the went on a three day expedition to Bisevo and around Vis. Last year we had another trip to Krka, Skradin, and kayaked all through the estuary. This is also when the students first got a chance to come aboard Bente Dorte, the boat we will be using for the Watermelon Voyage. I wanted this year’s trip trip to create that sense of connection to “place” again. That is why I believe sailing to the heart of the Neretva river will give the students a new appreciation for what may seem now just as a big river valley with lots of farms. By going there by ship, loading up with precious red hearted cargo and sailing home, students will make a deeper connection with this place in such a way that that it will again be layered with ”strong visceral feeling.”